Evaluating the past week and setting goals for the next

The virus is still spreading and even more countries are affected hard by it. Just like everyone else, we’re spending our days mostly inside so we and others can stay safe. Travel is nearly impossible and strongly discouraged, that’s why we won’t post any travel stories during this period. Many people are affected hard by the precautions of governments. Mika currently has no job due to the precautions and will tell her personal story during these strange times. This week she will evaluate the second week of Social Distancing and set up some goals for the next week.

Let’s talk about week 2 of Social Distancing. I don’t even know where to start to make this interesting to you. In short, my week consisted of TikTok, YouTube and more TikTok. I started using TikTok during the first social distancing week and it quickly became an addiction, not only to me but also to Joop. It happened multiple times that we both were sitting on the couch and scrolling through the app, showing each other funny videos we found. For those that are not familiar with TikTok. It’s an app filled with short videos of people either dancing, lip syncing or being funny. Many people recreate each other’s videos and Joop and I now reached the point that we hardly see any new content in our feeds anymore. We still scroll through the app multiple times a day, haha… So if you’re bored in the house, try TikTok!

Just like in the first week, I spent most of my time creating and editing YouTube videos. This week I uploaded two new YouTube videos, one about how to take instagram photos at home and one in which we’re building a pillow-fort and doing a round of Would You Rather questions. Uploading two YouTube videos was one of my goals for this week, but I have to say, it’s a lot of work. I don’t know whether I can keep up with that. I will upload at least one new video next week, but I’m not going to be too hard on myself if I can’t upload two. Let’s set next week’s goal at uploading 1,5 YouTube video. 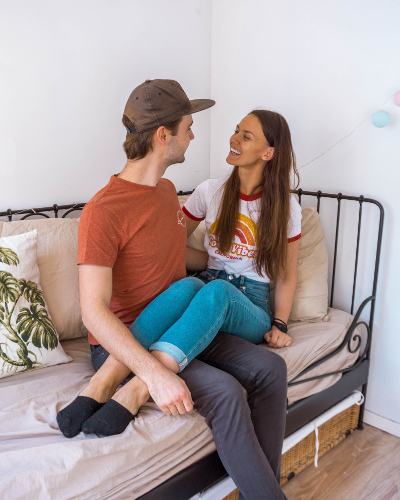 This week, I also started a new hobby: drawing. Last week, I bought a drawing tablet which makes it easier to draw directly on my laptop. This week I finally used the tablet for the first time and, even though I still have to practice a lot, it’s a fun thing to keep me busy and to work out some creative things I have in mind. I will keep practicing my skills and make some of my editing ideas come to life.

As I literally have no place to go anytime of the day, I wanted to talk about routine. I love routines. When lots of things are going on in my life and I can’t stick to my usual routine, I feel off. The most important things of my usual routine are a morning gym session at least three times a week and getting up early. I struggled with finding a new new routine and actually I’m still struggling. The gym closed on the 15th of March and as I don’t need to be present somewhere at a specific time, I find it hard to get out of bed in the morning. I have to admit that it’s not that bad though. The latest I get out of bed in the morning is 8am, but that’s still 1,5 hour later than I usually do when things are normal. Also, I can’t stick to a regular home workout routine. In the first week I did one home workout session and in the second week I did two. I’m glad it improved at least. Let’s make week 3 a bit better. In week 3 I want to do at least 3 workouts (not counting TikTok dances) and get out of bed at 7am. If I can keep up with a routine like that, that would be great. 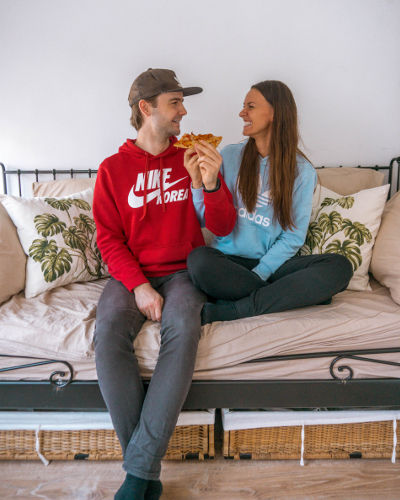 Our time outside has been very limited this week. We only went for an evening walk once and I’ve been to the supermarket twice. Spending so much time indoors often makes me feel lazy and I often don’t feel like going out at all, even though the weather has been very nice. We should really be spending some more time outside, especially since we’re still allowed to do so. One of next week’s goals will be to go outside for a walk at least twice. 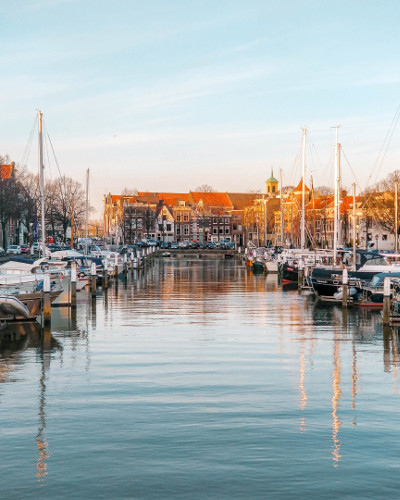 This week I read a tweet which said “Don’t hate yourself for not being constantly productive”. I think that is something I still have to learn. Since I don’t have a job at the moment, I’m even harder on myself to spend my time off wisely. But I also think it’s important to feel good and to be happy. This has been a constant mental battle this week. I felt like relaxing and doing something fun a few times this week, but then I forced myself to do something else productively just to end up not wanting to do anything at all. I still need to find a fun-productivity balance. And I need to stop putting too much on my plate. 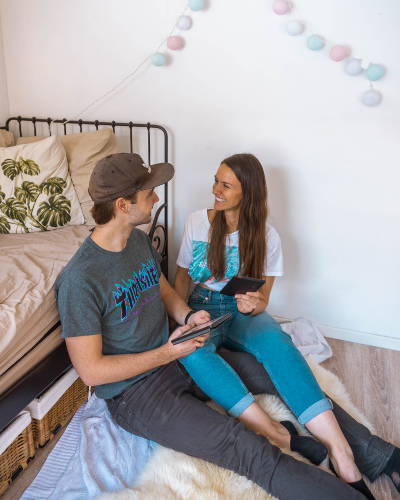 Precautions in the Netherlands

Infections are still rising exponentially in the Netherlands. As of Sunday 29 March there are 10866 known infections and 771 deaths. The real infections are probably way higher as not many people are getting tested. Next Tuesday, the Netherlands will evaluate the precautions taken until April 6th, which are (among others) the closure of schools and restaurants. This evaluation is important for me personally as I’ll know if I can go to work again or not. This Saturday, Belgium and Germany extended similar precautions until April 20th. Regarding the circumstances, I expect that the Netherlands will extend their precautions too. The following precautions are currently taken by the government:

Overall, the second week of Social Distancing felt harder than the first week and that’s also what I expected. I think it will get even harder in the upcoming weeks. Stay sane and stay safe, all!

Flowers in Europe: Our Favorite Places to See Blossoms and Blooms

How to Enjoy Spring From Home During Lockdown