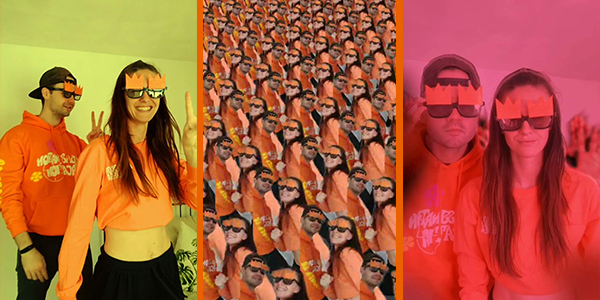 All events on King’s Day 2020 are canceled, but that doesn’t mean we can’t enjoy our most popular national holiday. Let us tell you what King’s Day is all about, why it’s so popular and how we’re celebrating King’s Day from home!

What is King’s Day?

Why does everyone wear orange on King’s Day?

Orange is the color of the Dutch royal family: the House of Orange-Nassau. Orange symbolizes pride in the country and in being Dutch. It has become the national color of the Netherlands. You can find the color orange in many of the national teams’ sports uniforms and Dutch sports supporters are always recognizable by their orange outfits. As King’s Day celebrates the birthday of the highest member of the Dutch royal family and it’s a typically Dutch holiday, it’s the perfect occasion to wear orange. 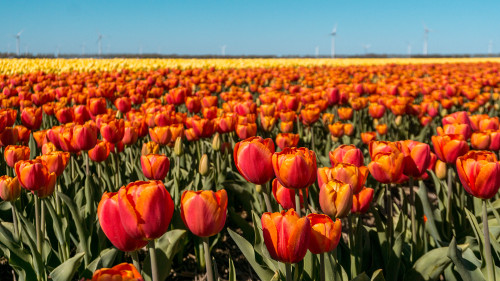 A typical King’s Day tradition is the flea market. On King’s Day, every city, village and even many neighborhoods have their own flea market. Unlike all other days of the year, everyone is allowed to sell their unwanted stuff. This is typically done by laying down all the goods on a blanket. The flea market is always the highlight for kids on King’s Day. Most kids get some pocket money from their parents to buy new toys at the flea market.

For adults, King’s Day is all about partying. Lots of music festivals and concerts are organized around the country. There is always a party near you!

A King’s Day celebration isn’t complete without having an orange tompouce. A tompouce is a Dutch pastry loaded with cream and usually topped with pink icing. For King’s Day, all bakeries switch to orange icing instead of pink. It’s a delicious treat! 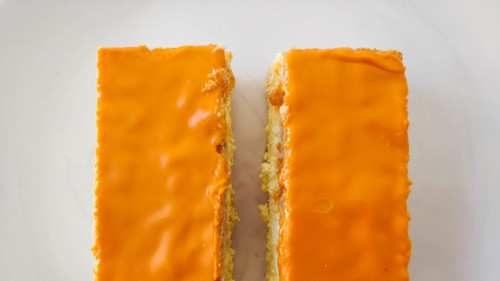 Oranjebitter is an orange-colored liquor that is typically drunk on King’s Day. As the name suggests, the taste of the drink is bitter. It’s not our favorite drink at all, but traditions are traditions right!?

At every flea market on King’s Day, you’ll find a square where you can play old Dutch games. Every Dutch kid has played these games at elementary school, so we’re all somewhat familiar with them.

Blikgooien is a game in which you have to throw a ball at empty tins on a shelf. The one that throws off most of the tins, wins.

Koekhappen translates to cake biting and that’s what the game is about. A slice of “ontbijtkoek” (gingerbread cake) is hung up on a thread at a height so you can just reach it. With your hand on your back you have to eat the cake (that you can barely reach). The one who finishes the cake first wins.

Ring werpen means throwing rings. You have to throw rings over a few bottles. The one that throws most rings over the bottles, wins.

The literal translation of spijkerpoepen is pooping nails. Yup. You need to attach a nail to your waist, using a rope, and hang above an empty bottle and try to slowly place the needle in the bottle. The first one who nails it, wins. ;)

Why is King’s Day so popular?

For kids, King’s Day owes its popularity mostly to the flea markets, and for adults, it’s popular because of the music events and parties. The fact that King’s Day is a national holiday, which means a day off of work, also works very well for its popularity. Every year, King’s Day attracts thousands of tourists to Amsterdam. All streets and canals are turned orange and the entire city becomes one big party!

If you want to celebrate King’s Day in the future, be sure to plan your trip well in advance. Hotels fill up very quickly around the 27th of April.

How are we celebrating King’s Day from home?

This is how we celebrated King’s Day 2020 in self-isolation.

Is visiting the Netherlands on King’s Day on your bucket list? Let us know in the comments below!

Flowers in Europe: Our Favorite Places to See Blossoms and Blooms

How to Enjoy Spring From Home During Lockdown