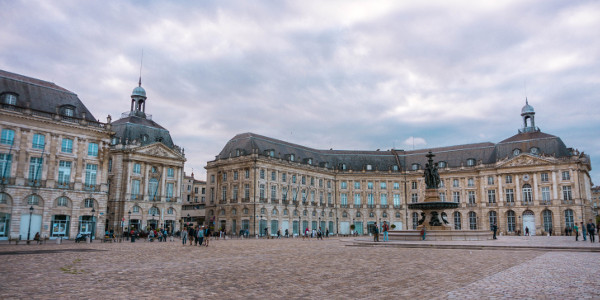 Bordeaux is a city in the southwestern part of France and is famous for its wine. Due to its vibrant history, there’s lots to see in the city. It is home to 362 historical monuments (in France, only topped by Paris), many of which are from Bordeaux’s golden age, the 18th century. Paris even took example in Bordeaux when transforming itself into a modern capital city. A visit to Bordeaux’s historical city center is therefore very well worth it. Make sure you don’t miss these historical sights when you’re visiting Bordeaux!

The Pont de Pierre (or Stone Bridge in English) connects the neighborhood La Bastide to the city center. The bridge was designed under the reign of Napoleon I, but the construction took place after his reign from 1819 to 1822. The bridge has as many arches as there are letters in the name Napoléon Bonaparte: 17. The white medallions on the sides of the bridge are an honor to the Little Corporal. Crossing the bridge towards the city center provides a beautiful view of the buildings along the Garonne. 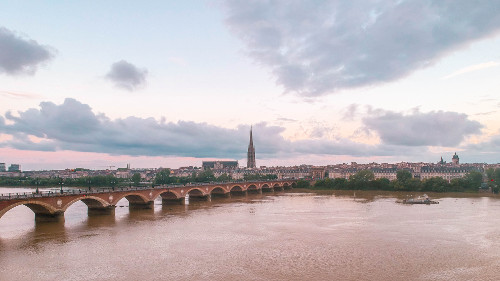 Porte de Bourgogne is located at the end of Pont de pierre. This gate was constructed in 1757 and used to be the official city entrance when arriving from the old road from Paris. 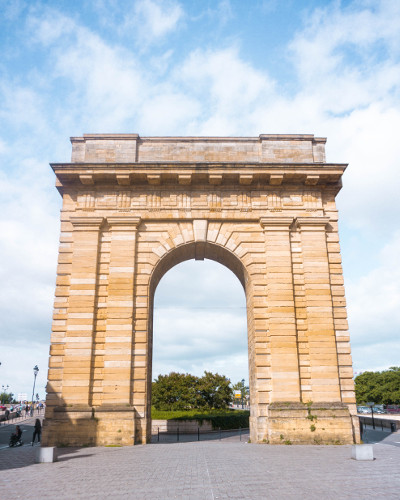 Porte Cailhau is a beautiful monument built in 1494. This gate is a commemoration to the victory of Charles VIII at Fornovo in Italy and used to be part of the city’s walls. It’s possible to visit Porte Cailhau and climb the tower. We haven’t done this ourselves, but the view from the top, over the Pont de pierre, is supposedly beautiful. Place de la Bourse is a beautiful square along the river bank of the Garonne. The square’s construction lasted from 1730 to 1775 and it is included in the UNESCO World Heritage List. Place de la Bourse truly represents 18th century classical French architectural art. The building on the northern side of the square was formerly known as the Palais de la Bourse and the building on the south used to be the Hotel des Fermes. Currently, both buildings belong to the Bordeaux government. 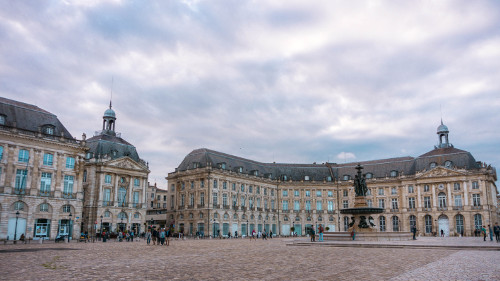 The newest addition to the square is the Miroir d’Eau, which was built in 2006. Miroir d’Eau (or mirror of water in English) is a large surface covered by 2 cm of water that creates a perfect reflection of the historical buildings on the Place de la Bourse. It’s absolutely beautiful to see this reflection during sunset. In summer, the irrigation system sprays water and creates fog approximately every 15 minutes. This makes the Miroir d’Eau a locals’ favorite, to cool off on hot days. Even though this fountain isn’t historical, it’s still worth a mention because of its perfect reflection of historical buildings. 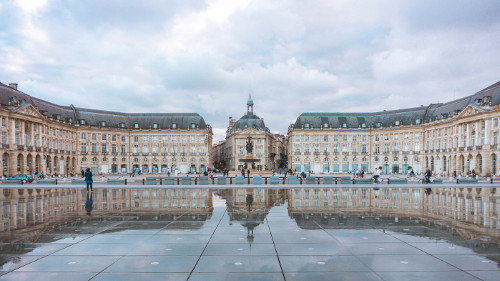 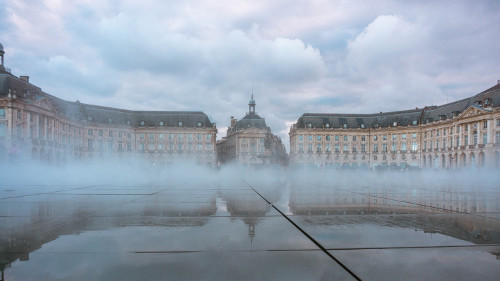 The Girondins Monument is located at the Place de Quinconces, which is one of the largest city squares in Europe. It is a monument in memory of the Girondins that were killed during the French Revolution. It is a very impressive structure and one of the main sights of the city. 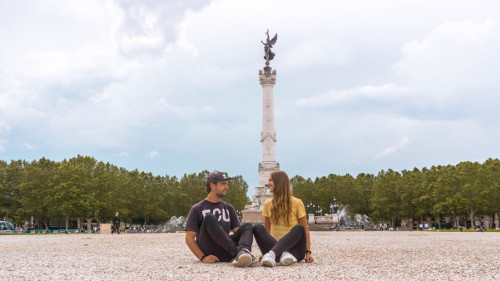 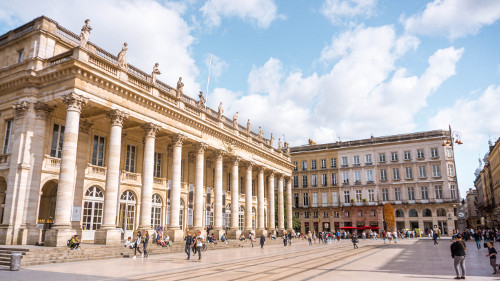 This cathedral is commonly known as the Bordeaux Cathedral. The church was rebuilt to Gothic style between the 12th and 14th century. Between 1440 and 1500 a tower was added: the Tour Pey-Berland. 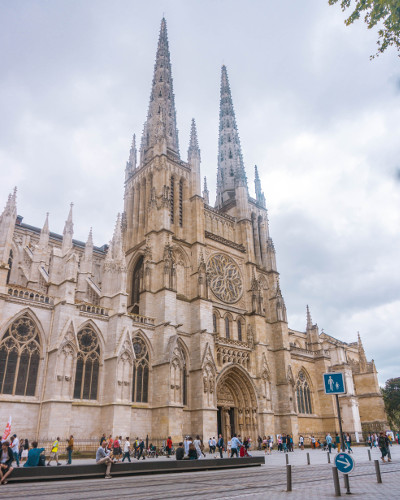 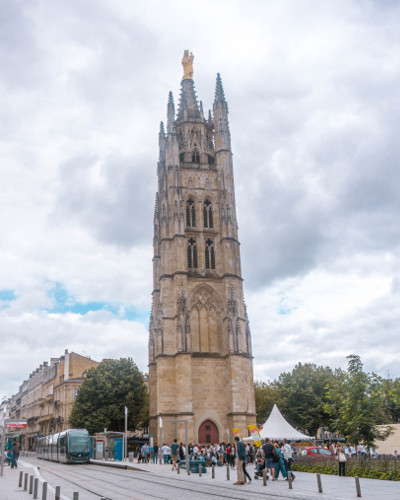 The Church of Saint-Louis-des-Chartrons is a gothic style church that was built between 1874 and 1880. Its towers are 58 meters high, and are visible from all over the city. The church is located in the Chartrons district, which is a lovely neighborhood to take a stroll in, with many cute boutiques, cafés and antique shops. Have you ever been to Bordeaux or are we inspiring you to visit? Let us know in the comments below!

The Most Instagrammable Places in Bordeaux

[Things To Do in Arcachon Bay: A One-Day Itinerary][arachon bay]

The Most Instagrammable Places in South West France