5 Places We Were Supposed to Travel to

As we won’t be able to travel for the foreseeable future, we thought it a good idea to create post-lockdown travel inspiration lists every month. This way, we’re fully prepared to book trips whenever it’s safe to travel again. We love to share our travel bucket lists with you, hoping to inspire you with the places we’d love to travel to. In this month’s travel inspiration we’re sharing the places we were supposed to be traveling to in the past months, but couldn’t due to the pandemic.

During the Easter weekend, we had a trip planned to Paris. We both have been to Paris before, but never together. Well, technically we both visited Paris at the same time during a high school trip, but we didn’t really know each other back then. Our main reason to visit Paris in spring was to see the cherry blossoms and magnolia blooms. Paris has plenty of places to see them, like the Jardin du Palais Royal, Jardin des Plantes and Jardin des Combattants Espagnols de la Nueve. We were also looking forward to creating a beautiful photo of the Eiffel Tower from across the Seine river bank, next to Pont Neuf. And of course we wanted to just explore the city of love and take lots of photos along the way. We will definitely try to visit Paris during spring in 2021!

As the Veneto region was one of the first places where the virus hit hard in Europe, we realized early on that we most probably wouldn’t be able to make it to Venice. Mika has been to Venice before as a kid and it left her with beautiful memories of the island. Last year we’ve visited a few cities in Italy (Milan and Florence) and even though Italy is the most touristic country in Europe, it’s also a country that has a lot to offer. There’s so much more of Italy that we’d love to see, so we decided to plan a trip to Venice.

We were looking forward to wandering along the canals in the early morning (we always wake up very early to avoid the crowds) and enjoying the history of the city. We probably wouldn’t go on a gondola ride as we think they are way too expensive (€80 for 40 minutes, whut!?), but we’d love to visit Burano by boat. We have received a voucher from the hotel we booked in Venice, so we’ll be going to Venice for sure! 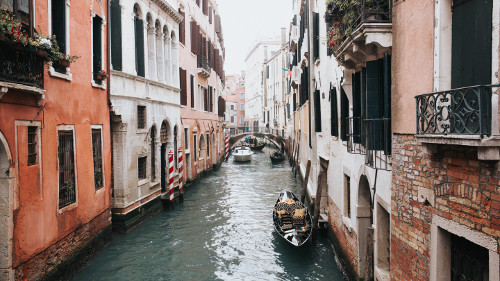 Eibsee is a clear, turquoise-colored lake surrounded by mountains in Germany. Mika has been wanting to go to Eibsee for a while and, since it’s not that far from where we live, we booked a stay this spring. We were looking forward to seeing both sunrise and sunset from the lake, doing some hikes in the area and just enjoying the beautiful nature. We might even have been able to swim in the lake if the weather would have been cooperating (the weather actually wasn’t warm enough to swim in the weekend we were supposed to go, so hopefully we’ll have more luck next time). Neuschwanstein Castle is only a 1,5-hour drive away from Eibsee, so we had planned to go there as well. Neuschwanstein Castle is a beautiful castle dating from 1868 and it’s believed that it has served as inspiration for the famous Disney castle. We can’t wait to visit Eibsee in the near future! 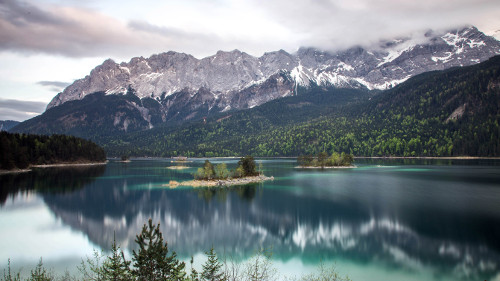 We had quite a trip in mind to Normandy. In only four days, we had planned to visit Étretat, le Mont Saint-Michel and Giverny while staying in Le Havre. The reason why we wanted to visit Normandy is because of Étretat and le Mont Saint-Michel. Étretat is famous for its white cliffs that we would have loved to see with our own eyes. We were looking forward to seeing these cliffs reflect in the broad daylight and watch the sunset from up the cliffs in the evening. 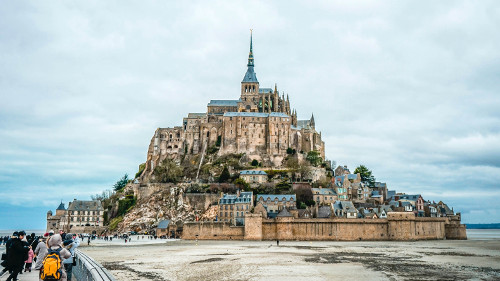 Even though the main purpose of our visit to Normandy would have been Étretat and Mont Saint-Michel, Mika discovered a picturesque village called Giverny. In Giverny, you can visit the house and garden of the French painter Monet. Especially Monet’s garden seems absolutely stunning. We were looking forward to visiting Monet’s house and wandering around his romantic garden.

We had been looking for a strategic place to stay in Normandy, as the places we wanted to visit were all around a one or two hour drive from one another. We stumbled upon the historic city Le Havre and decided to book our hotel there. Unlike other places in the area, prices in Le Havre were very decent and the city looked interesting too. We were looking forward to exploring Le Havre and having lovely french dinners in the city.

We were actually still able to visit the tulip fields this year, just not exactly the way we had in mind. We were supposed to stay in the northern part of the Netherlands for the weekend and visit multiple tulip field areas. Even though we would still be able to go on the trip as planned, we didn’t really feel like it due to everything that’s been going on. Therefore, we chose to just visit a tulip field area that was familiar to us and which we knew wouldn’t be crowded, to avoid as many people as possible. We were looking forward to exploring new tulip areas in the Netherlands, but we can still (and will) do that next year! 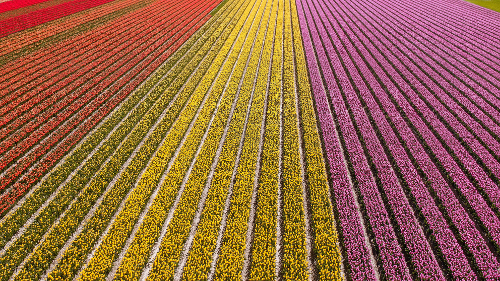 Read more about the tulip fields:

Tulip Fields in the Netherlands - A Photo Guide With Location

We hope we’ve inspired you with our post-lockdown travel inspiration list. We can’t wait until we can travel again. Until then, we will be sharing our past travels with you and the places we’d love to visit in the future.

Did you have to cancel any recent trips due to the pandemic? Let us know in the comments below!

Virtual Tour of the Hortus Botanicus in Amsterdam

Dreaming About These 10 Amazing Travel Destinations in Asia